The Frontiersman’s Pocket Book has now been re-printed.

The Frontiersman’s Pocket Book is now extremely rare, and the very occasional copy offered for sale by specialist book dealers fetches a premium price. This is understandable as the book is fascinating reading throughout and contains some of the simplest but most comprehensive survival advice obtainable in any book. Having said that, the book was written a hundred years ago and medical knowledge has greatly increased so some of the advice for “when no doctor can be obtained” is rather brutal and often alarming. A basic medicine kit today would contain items to treat many ailments that would have been serious in those days. It also has to be considered that we have become more aware of the values of other races and cultures, so some of the comments and words used were of that time and some may be close to unacceptable in polite society today. However, sections on pathfinding, getting and preparing food and water, clothing, camps, self-defence, transport, sailing and signalling are helpful to anyone who wishes to adventure away from what we now call civilisation. 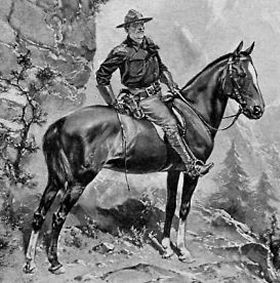 There are contributions by men (and the occasional lady) that cannot be seen elsewhere. For example, there is a substantial section by Erskine Childers, apparently unknown to the authors of his two recent biographies. Other contributors include S.F. Edge, Lord Montagu of Beaulieu (father of the present Lord Montagu), Bishop Montgomery (father of Field Marshal Montgomery), Baden-Powell, Linton Hope (one of the greatest of all yacht designers), Edgar Wallace and many others.

A limited quantity individually numbered reprint of this book, which is a must-have for anyone interested in survival on the frontiers and in the wild, especially in the way it was carried out 100 years ago, is being undertaken by the University of Alberta.  The main illustration is from the frontispiece, which is a drawing by South African artist H W Koekkoek of Evelyn ffrench an Australian who toured as a stock whip artist under the name of “Jeffrey Silant”. He is reputed to have been the last Air Force pilot killed at the end of the First War.