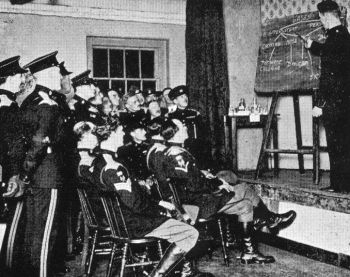 During the 1930s the very word “gas” was highly emotive. Today we talk of “chemical warfare” but in those days just the one word caused disquiet in the British population, many of who could recall the nightmare of gas warfare in the First War, which had affected either friends or family. When in December 1935 the Italians dropped mustard gas on terrified natives during their invasion of Ethiopia, there was an outcry in the civilised world and the British public reading about in the national newspapers became even more concerned. Mustard gas was generally held to be the most effective of all gases employed in the First War, by the end of which it had caused some 400,000 casualties. However it was phosgene gas that probably caused at least 80º of the fatalities caused by gas in that war.1 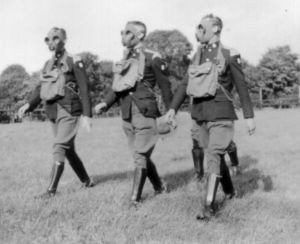 The British government decided to hand the task of training for anti-gas warfare mainly to St. John Ambulance, assisted by the Legion of Frontiersmen, and also to the British Red Cross. The Home Office made the arrangements with local authorities for anti-gas warfare schools and provided the organisational backing.2 A School of Instruction for Defence against Aerial and Chemical Warfare was opened on January 21st 1935 at Providence Place, Upper Street Islington, London by Major-General Sir John Duncan, Chief Commissioner of St. John Ambulance Brigade and was run by the Legion of Frontiersmen. Brigadier Morton, Cdt-General of the Legion, who presided over the event said:

“In this School, in addition to learning about war gases, they would learn about other gases met with in disasters which unfortunately happened from time to time throughout the world. Often it was hard to muster enough trained men to deal with these accidents, and the presence of trained personnel might well be of great assistance to the Police or Fire Brigade.”3 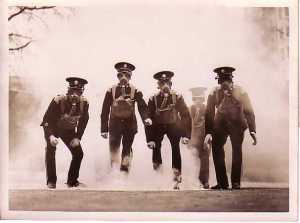 The Frontiersmen seem to have proceeded with this school in their usual independent and enthusiastic way of dealing with things, issuing their own certificates and badges to those who passed the exams. According to The Times “The special tasks of the Legion in case of a gas attack would be the decontamination of the streets, the external control of air raid shelters, and, generally, the prevention of panic.”4 An example of how important the War Office considered the subject of gas warfare is demonstrated by a “Top Secret” letter sent to senior officers dated 31st December 1936 giving approval for “training to be commenced in the use of gas as an offensive weapon”.5 This was in spite of the fact that the Geneva protocol of 17th January 1926 prohibited the use of mustard gas. Had the Channel Tunnel been constructed, the War Office was considering preventing an invasion by that method by pumping poison gas down it.6 The Legion of Frontiersmen and St John Ambulance Brigade carried out an exercise at Hanworth Air Park on May 19th 1935 to demonstrate their readiness to deal with gas attacks from the air. They followed this up on July 10th with another demonstration at Heston Airport. Aircraft from the Legion’s Air Command dropped canisters imitating high explosive, incendiary, phosgene and mustard gas. St. John Ambulance men dealt with the “wounded” while the Frontiersmen “clad in asbestos suits” rushed in to extinguish fires and cordon off danger zones.7 Highly atmospheric photos of the event appeared in such newspapers as the Daily Sketch. 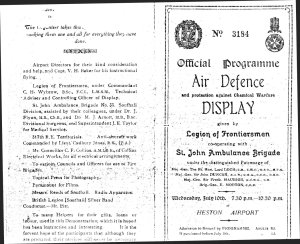 Fortunately, gas warfare was not to be a feature of German attacks on Britain in WW2 although every citizen, both adult and child, carried a gas mask with them everywhere. Nowadays there is talk of “chemical warfare” and “dirty bombs”, although some of the First War gases can be quite easily manufactured. Phosgene was made by Humphrey Davy as far back as 1812. Of course, medicine has made great strides since 1918 and treatment has advanced, so that needs to be carried out by professionals. How many people nowadays know the accepted ways of identifying the various basic poison gases by smell etc. and their first effect on the human body? The Frontiersmen still have archived some of those training documents of 70 years ago.

After War was declared in 1939 the Frontiersmen, to the concern of the British Government, stepped up their recruiting. Once the LDV (later Home Guard) had been formed some Frontiersmen, too old to join the regular forces, enlisted in this while others used their skills learned training in this field within ARP. 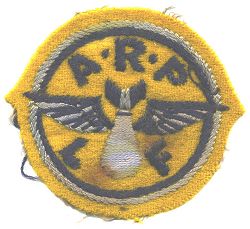 Photographs are from Legion of Frontiersmen (CMO) archives. “Gas Clouds” picture from Daily Sketch from an undated newspaper cutting in archives.

The article above was originally published on http://www.frontiersmenhistorian.info in October 2008 and has since been revised and updated.

© Copyright Geoffrey A. Pocock. All rights reserved.  This article may not be reproduced in any form, in part or in full, without prior permission.

Co-writer on junkyard.blog. Author of windowsintohistory.wordpress.com. Editor of frontiersmenhistorian.info
View all posts by Roger Pocock →
This entry was posted in Archive Topics, Frontiersmen, History, Legion of Frontiersmen and tagged War. Bookmark the permalink.